“I consider the body a canvas that’s been painted on by various diseases or accidents and from them you can interpret and find out what happened to the person. That’s what I did in the mortuary and that’s what I do now at Barts.”

Carla Valentine knew she wanted to be a mortician from the age of eight. I spoke with Carla in her cosy office at Barts Pathology Museum surrounded by skulls and specimens. As her story unfolded I suggested that it was actually reading and literature that played a large role in the journey to her current position as curator.

She began reading when she was one and half years old. Once, when she was naughty, her mother sent her to her room as punishment, but several hours later when she hadn’t emerged, her mother grew worried and opened the door to tell her she could come out. But Carla said no, that’s all right, she didn’t want to. She was reading.

She read Agatha Christie, Conan Doyle and remembered going to the library at the age of ten for horror books by John Saul and Stephen King. 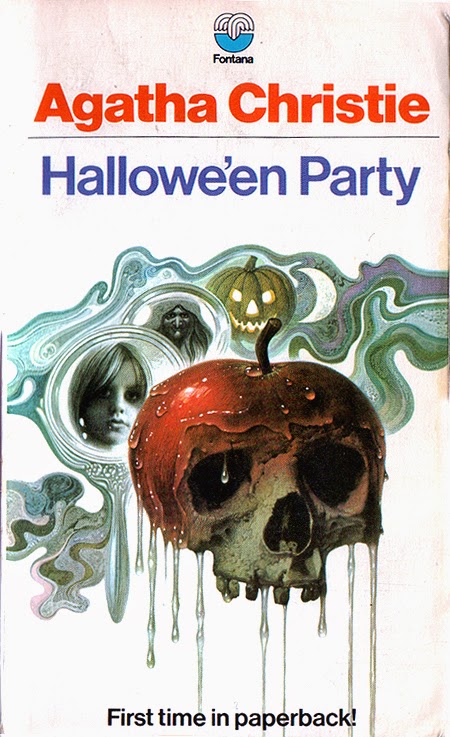 The librarian suggested that these books weren’t suitable for her, but her interests in crime, the body, and pathology only grew.

“No one in my family was a mortician or a funeral director, and when I began there was no “CSI” or “Silent Witness”. In fact, I can’t stand a lot of those shows because they’re not realistic. It was just an odd thing that I wanted to do. If I saw a dead cat that had maggots on it I wasn’t automatically revolted, I was more fascinated by what was going on there. It was a mixture of being naturally interested and then having been shaped by the kind of literature I was interested in as I was growing up.

I got a microscope for Christmas when I was eight. I brought it to school for Show and Tell along with sliced up earthworms. I was surprised I wasn’t unpopular or picked on. I had quite normal friends and I think children are a bit weird and morbid sometimes because they’re trying to come to terms with huge grown up issues of life.”

Carla did a degree in forensic and bimolecular sciences at university. For a time she volunteered as an assistant to a female embalmer who was pregnant, and then returned to Liverpool for more education. Though she’d been an embalmer’s assistant, she’d had no experience with decomposition and became concerned that she was only looking at slides of decomposed bodies and bones and began to think:

“What if I can’t stand it? So I went to the mortuary to see if they’d let me volunteer. I turned up at the Liverpool City Morgue, and at the time someone was working there who was an old school mortuary technician. He wore big thick glasses and spoke like Michael Cane with loads of stories about the Krays that can’t have all been true. By the time I’d been volunteering there for about 6 months, they advertised for staff and I interviewed for the job and won it.”

Carla told me that her work as a mortuary assistant was exactly as she thought it would be.

“Many people enter the work with the completely wrong idea about what it will be like. They think it’s all about crime. The simple fact of the matter is that you will be covered in faeces. You will be covered in blood. You will be tired. I knew that, and was ready for it. The city mortuary was a Coronial mortuary, which means as a volunteer I will have seen many more types of death and levels of decomposition than someone who works in a hospital mortuary. I was in that mortuary for three years. I’ve seen a lot: mummification, bloating, people who’ve jumped in front of trains, hangings.”

On July 7, 2005, Carla was asked to join the big mortuary that was set up near Old Street when the London bombings occurred. Due to her experience there, she then went on to do a Master’s degree in forensic anthropology. She visited Belgium and Venice to work on skeletal excavations to gain both hard and soft tissue experience.

In a series of seemingly destined career moves, she worked at St George’s in Tooting for a year when she took a more senior position at St Thomas’s very busy mortuary for four years. Then she felt she no longer wanted to be a Senior in the morgue as her job had become more focused on paperwork. She took a temporary job as a tissue bank assistant at the cancer institute of St. Bartholomew’s Hospital. About six months into that job, an internal advert appeared for the position she currently holds. When she saw the advert she realized that she never even knew Barts Pathology Museum existed.

Carla has brought fresh young eyes and a completely new generation’s view to her position. She doesn’t see human remains and pathology museums in the same way as the “old boys”. 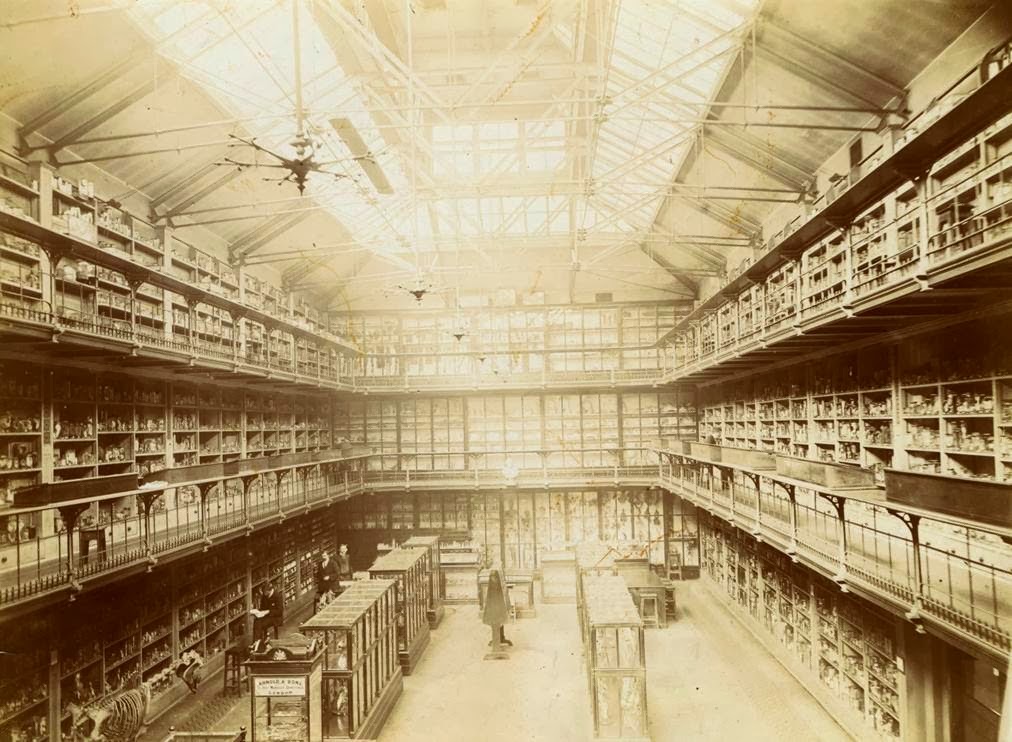 “The difference is that museums like Barts seem to have a reputation that it should only exist for medical students, that there’s something nasty or untoward about the public seeing body parts. What’s weird about that opinion is that if you go back to the 1800s, you’ll see descriptions of anatomical museums described as places where intellectuals and interested people may come and have a drink and a discussion. 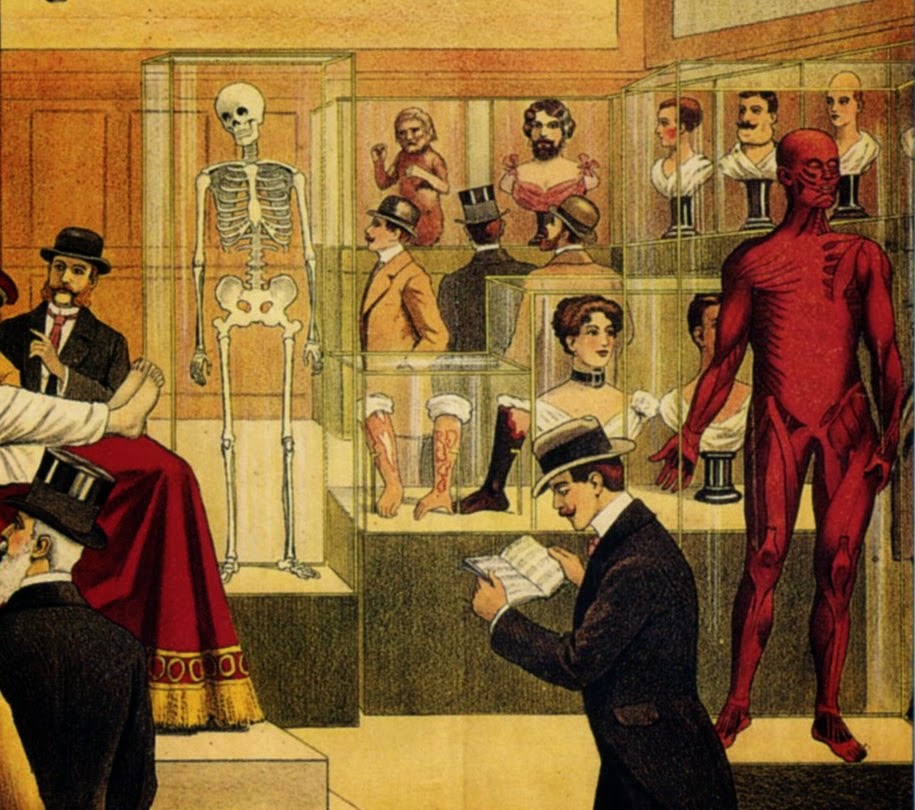 I have a different constitution to what you might consider gory. Television and literature has changed in my generation, but also my background is in a mortuary, so I think this is actually really clean, it’s all natural. If you really want to offend someone take them to a mortuary.

I don’t want to only have a toxicology lecture, let’s talk about Marilyn Monroe’s death, too. We’ll have academics in to talk about organ transplants, and then we’ll have someone talk about Frankenstein.

The ultimate aim is to make people aware that we are all human and these specimens belong to everybody”.

I asked Carla about her interest in the topic of sex and death.
“At the very basic level, one begins life and one ends it. You have these two polar opposites. My interest is about our relationship with human remains in general, because I’ve always read about the different ways in which people treat their dead. Some people have a good relationship with the remains of human beings and some have a bad relationship. For example, in the UK I think we have a bad one. We don’t want to see specimens; we seem to associate them with something untoward. We don’t lay out our own dead anymore. When you think about those two polar opposites of sex and death, isn’t it odd then that we live in a very gory culture and a very sex and death-obsessed culture. It seems to be one or another.

Freud said that we have two instincts, the sex instinct and the death instinct. In my research I found that when a female has an orgasm, part of her brain shuts down, so it is as if she’s experiencing a little death. There are animals that have sex and then kill their mate, or they die having sex. I am not creating the links between sex and death. They are already there and I’m exploring them.

She certainly is exploring. Ultimately, Carla would like to write a PhD thesis on the subject, though it may have to wait. She’s currently writing a memoir about her work in mortuaries and as a mortician. On top of that, and along with her many responsibilities at Barts Pathology Museum, she runs Dead Meet, the dating site for death professionals.

You can learn more about Carla, Barts, and Dead Meet through the links below.

Many thanks to Carla for sharing her fascinating path to Barts.

Posted by KATE MAYFIELD at 03:03 No comments: Links to this post