We buried him with ham… 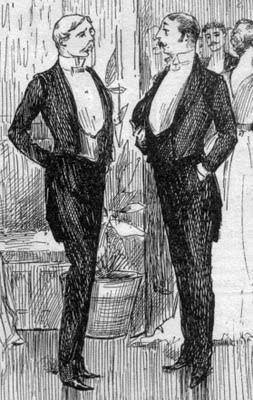 `It's likely to be a very cheap funeral,' said the same speaker;' for upon my life I don't know of anybody to go to it. Suppose we make up a party and volunteer.'

`I don't mind going if a lunch is provided,' observed the gentleman with the excrescence on his nose. `But I must be fed, if I make one.' A Christmas Carol – Charles Dickens

Whenever our doors opened to welcome the family and friends of one of their deceased, my father was adamant that things should be just right. He never wavered from precise rules and instructions to which our family eventually grew accustomed.

One of those rules involved our dining habits. From the moment the bereaved family arrived to make arrangements, until the last mourner left the funeral home a couple of days later, we weren’t allowed to eat any food that had a strong or lingering odor. This rule was always completely at odds with the goings on downstairs. All day long friends of the deceased brought food by the truckloads, wrapped in foil or stacked in boxes, they were placed upon a groaning table in a back room downstairs. Pots of coffee continuously brewed throughout the day and a ginormous red Coke machine hummed and clattered and clinked with each glass bottle removed.

The custom of feeding the mourning has been a ritual longer than one might imagine. Last year the remains of a huge burial feast was found in a cave in Northern Israel that dates back 12,000 years. The bones of giant extinct cattle were excavated and over 70 tortoise skeletons. 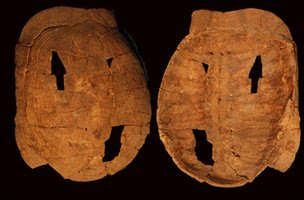 This kind of evidence had only been found in archaeological sites that dated much later. The research states this is the earliest evidence for feasting on this scale.

All over the world feasting rituals take place for one reason or the other and in one way or another. Quoted from a record in England in 1309, the provisions for consumption at a funeral feast were as follows: 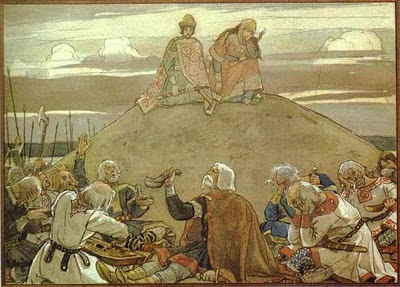 In 1702 the most costly item of George Brown’s funeral feast, above the cost of cheese, bacon, veal and mutton, was the 16 shillings for ’16 dozen at 14 to the dozen whole loaves’ of Arval bread, or “averil”. Often called Arval Cake because of its sweet, fruity dough. The funeral repast was once known as the averil. An averil, which means "heir ale" or succession ale, was a banquet to welcome the new heir to the title, or property, more so than a feast in honor of the departed. In a ritual found most often in the north of England, mourners were each presented with a piece of rich cake or biscuit (Americans, think large cookie) wrapped in white paper and sealed with black wax, a ceremony which takes place before the 'lifting of the corpse,' when each visitor selects his packet and carries it home with him unopened. 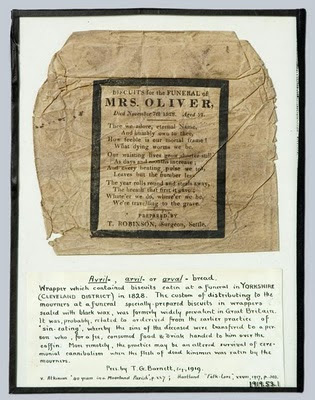 By 1800 there was usually a cold meal at the house of the family of the deceased that most often included ham, from which the phrase “we buried him with ham” originates. In describing the Yorkshire villages of the period, Elizabeth Gaskell’s "Life of Charlotte Bronte," states "the custom of averils was as prevalent as ever, and that after the burial had taken place, the sexton standing at the foot of the open grave, announced that the averil would be held at the 'Black Bull' or some other local hostelry where the mourners and friends repaired."

The first time I attended a funeral in Britain the widow invited thirty or forty of us to a wonderful country pub for lunch after the funeral. It was an entirely foreign occasion for me, one I found touching, calming and generous. I’d never been to a funeral feast in a pub, or really, anywhere other than the deceased’s family’s home. When I lived in New York, I remember crowding into a woman’s one bedroom apartment for drinks and a buffet where we spilled out onto the fire escape, as one does.

In the States, it is a well-known fact that nobody eats better than a bereaved Southerner. Usually, a close family friend moves into organizational mode and the last thing the family of the deceased has to think about is food.

Every Southern woman knows that she must have a “funeral food” for which she’s known, like Aunt Lilly’s fried chicken or Granny Ester’s lime congealed salad. My mother always makes deviled eggs. I keel over whenever she says, “I’m going to dress some eggs.” This always conjures an image of eggs running away from her, bouncing along the counter top as she chases them with tiny sweaters and skirts. 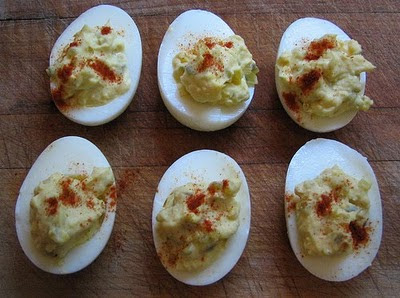 Many women own serving dishes with their names printed on them so the bereaved won’t have to worry about whose serving dish belongs to whom, although there’s also a rule that if your dish is not returned you should forget about it. Never bother a grieving widow with your Pyrex problems.

Here then are a few examples of a bit of South in your mouth, the top Southern funeral comfort foods we all know and love. 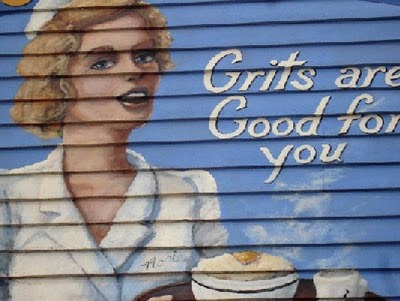 Any kind of casserole, really 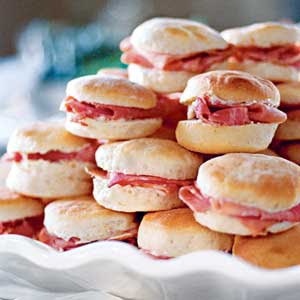 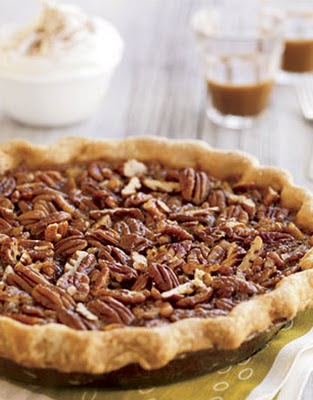 All washed down with Party Fruit Punch, or something a little stronger. 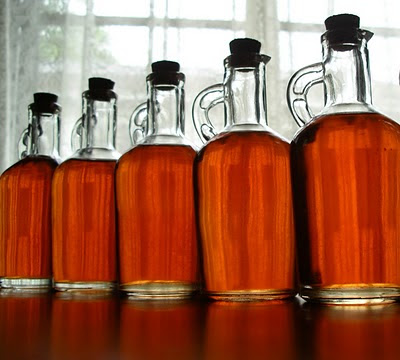 I leave you with the great Southern word stylist, Lyle Lovett.

I went to a funeral

Lord it made me happy

Seeing all those people

Since the last time

They were telling funny stories

Saying all those things

Since the last time

Posted by KATE MAYFIELD at 02:53 6 comments: Links to this post