Sitting up with the dead 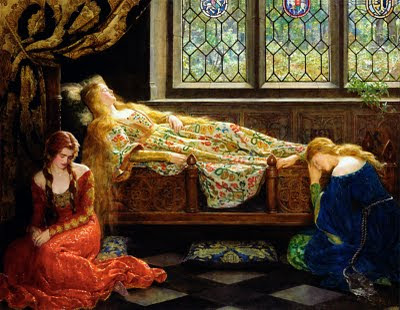 People tell stories in the South of “sitting up with the dead”. These all night family vigils held before funeral parlors first opened their somber doors, and before the practice of embalming changed the face of death, placed the care of the deceased firmly in the hands of the survivors. Families made do in those days. 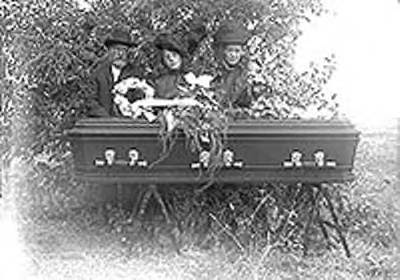 The coffin was brought to the parlor, or if they couldn’t afford a coffin they might have placed the body on the sofa or the dining room table. Tasks and rituals handed down for generations kept mourners busy and comforted. Often a bowl of water and a cloth set nearby was used to periodically bath the deceased’s face and hands. During hot weather a veil might have been placed over the coffin to protect it from flies. A flyswatter did the trick in lieu of an expensive veil.

Friends made a point of visiting to tell stories of the deceased and to comfort the bereaved. 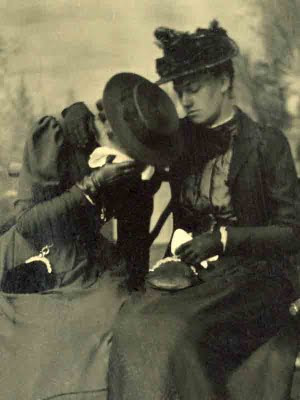 The body was never left alone at night. Superstitions and fears prevailed. Relatives thought the devil might rush in and take the body away. And if not the devil, the rumours of body snatchers frightened the bejesus out of those who were suffering and thus vulnerable and emotional. 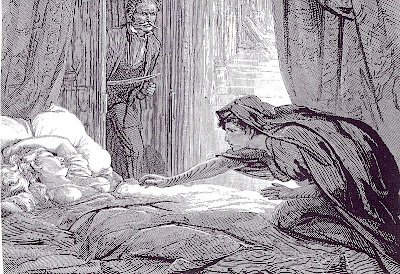 Family members took turns guarding the body, staying awake to be certain that their loved one was well and truly dead. Mistaken deaths were unusual, but not unheard of. Superstitions aside, the family also had real concerns and felt obliged to protect the body from rodents and dangerous burning candles, fireplaces and gas stoves. 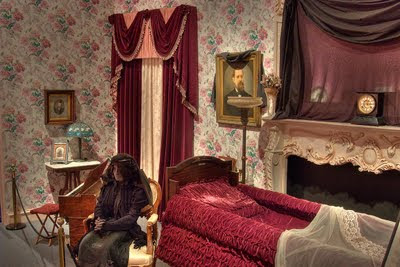 Sitting up was such a strong tradition that when my father first opened his funeral home it was not uncommon for a family to request to spend the night. He could hardly refuse, although he was always slightly miffed. After all, what was his purpose if not to protect and serve? When I first became aware of this practice I had a gazillion questions. Where were they going to sleep? They don’t. Where and how would they eat? They brought their own food and ate in our little “hospitality” room. What in the world were they going to do all night? Fight off sleep. Other than that, who knew? Would my mother prepare breakfast for them? No. Once the night passed, they would go home to change clothes, freshen up and prepare for the funeral.

My father said that most of the people who wanted to spend the night at our funeral home had originally been born in the mountains, at least three or four hours away. Their need for ritual pulled and tugged at them; they wouldn’t dream of missing “the sitting up”. My mother thought that in some cases, people from out of town would rather stay with us for free than pay for a night in one of our town’s two hotels.

Most of the time I never saw the night visitors. But I often went to sleep knowing they were roaming around downstairs, floating from room to room, sitting in front of the casket. One night I forgot they were there. I slipped downstairs to get a Coke. When I reached the bottom of the stairs I heard them whispering. It scared me to death! I was wearing my nightgown and felt that sudden horror of being terribly exposed. And I knew if they caught sight of me I’d probably scare them to death. But I was already downstairs and I did want that Coke badly. I thought if I could carefully tiptoe past the chapel, I could then sneak into the room where the Coke machine sat humming away.

They were still speaking in low voices as I went past. I caught a glimpse of a teen-age boy with his long, thin legs stretched out over two of our wooden folding chairs. Three women huddled together. An older man sat straight up in his chair, fast asleep. They’d brought pillows and blankets. These were strewn across the chairs and looked strangely out of place. My father had turned out most of the lights and the night visitors sat in a faint creamy glow. I scurried past them to the room in the back, quickly pulled out a cold bottle and then snuck past them again on my way up the stairs.

The next morning I asked my father if they were still there. “No,” he said. “They left at dawn.”

Posted by KATE MAYFIELD at 07:50 6 comments: Links to this post